What’s American Staffordshire Terrier Lab Mix like? It’s a unique mix, that’s for sure. Amstaffs are certainly a very unique breed that has many devoted fans around the world. Labrador Retriever, on the other hand, is probably the most popular breed in the world, universally loved and valued for its wonderful qualities. And now breeders are cross-breeding Amstaffs and Labradors to combine some of the best qualities of both breeds. But what can you really expect from the American Staffordshire Terrier Lab Mix? 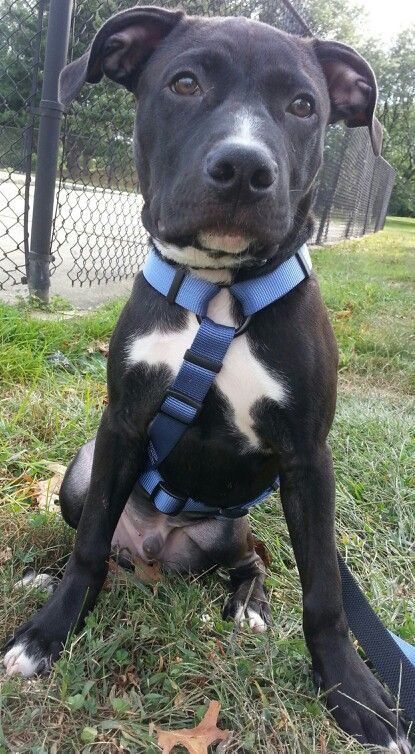 In terms of physical traits, like any other cross-breed, American Staffordshire Terrier Lab Mix will inherit the physical characteristics of both parents – in various combinations. There is no “standard” Amstaff Lab Mix, only various combos of traits that can be unique to every litter, or even every pup. 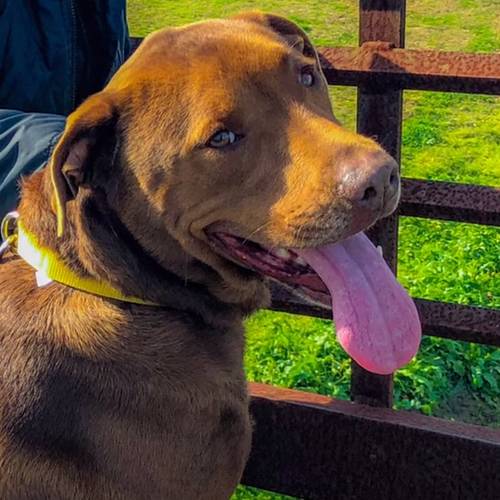 Here are the traits that your pup may inherit from their Amstaff parent.

According to the standard, American Staffordshire Terriers are muscular and powerful dogs for their size. They are not very tall and look somewhat “wide”, maybe even “square”. At the same time, they are not “fat”, clumsy dogs, but elegant, graceful, and “light”. They are lively and energetic, and enthusiastic about the world. They sit a bit “low” on their legs, which are supposed to be somewhat short and stalky. 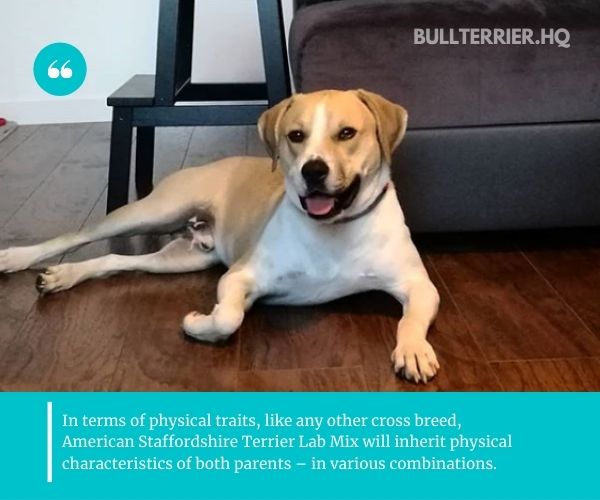 The head is of average length and strongly built, with the characteristic sculpted look. Medium-length ears are always up or at least half-raised, never drooping. The Amstaff nose is of average length, the jaws powerful and prominent. Amstaffs’ dark eyes (they can only be brown!) are deeply set and are quite large. They make Amstaffs’ face have that characteristic attentive, intelligent look. 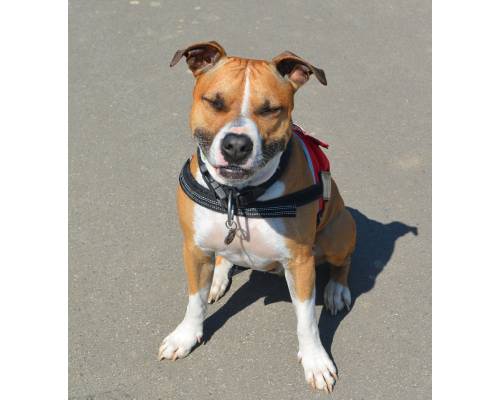 Smiley Amstaff. Who said they are ruthless killers?

Color-wise, Amstaff can be brindle, particolored, or be of any solid color except for solid white. Amstaffs’ coats are short and smooth and don’t require much grooming.

Overall, an Amstaff is a medium-sized dog, highly athletic, and very powerful. This is one of the most muscly breeds out there, and definitely one of the most powerful ones.

As for the Lab part of the American Staffordshire Terrier Lab Mix, this is also a medium-sized dog, but the athleticism is probably not its main trait. This is a compact, well-muscled dog with a wide chest and longer legs. Labs are very active, outgoing, and friendly which makes them wonderful family companions. 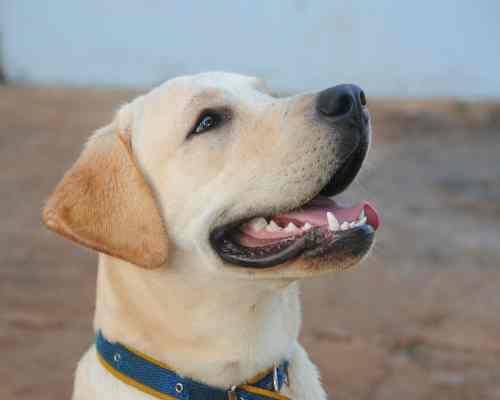 Labradors have large, rounded heads and beautiful brown or chestnut-colored eyes that look like they are always laughing or smiling. This is quite a different look from Amstaffs. Lab’s ears are longer and droopy, although they perk up when the dog is excited or curious about something.

Like Amstaffs, Lab’s coat is shorter but quite a bit thicker, with a thick undercoat. In terms of colors, Labs can be tan, black, and chocolate. Tan can include any shade of red from very light (almost beige) to liver (red). 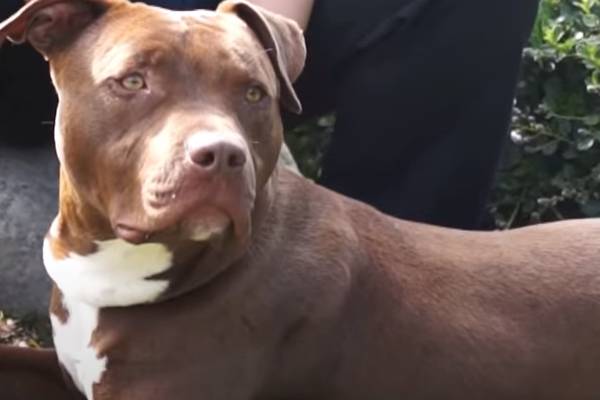 American Staffordshire Terrier Lab Mix may inherit the above physical traits in any combinations. In terms of size, they are normally closer to Amstaffs (a little shorter and lighter than Labradors). Color-wise, they can be of any color or combination that they can inherit from the parents, from tan to brindle to black/chocolate. It really depends on the genes they inherit from mom and dad. 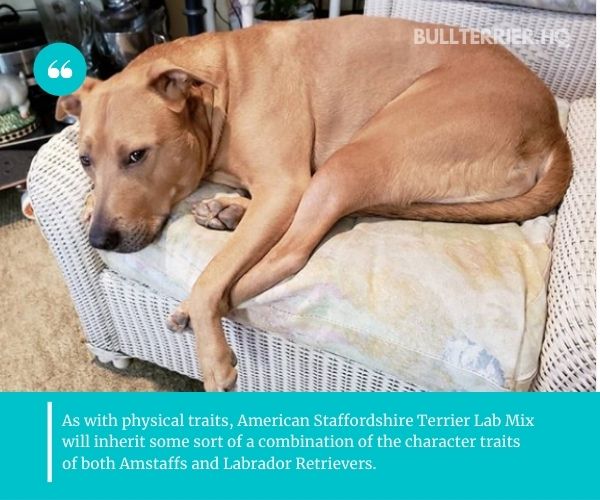 As with physical traits, American Staffordshire Terrier Lab Mix will inherit some sort of a combination of the character traits of both Amstaffs and Labrador Retrievers. What that combo will be like can really vary from pup to pup and really depends on what character traits the parents had. Let’s see what we can expect from a Lab-Amstaff combo.

Labradors are world-known for their unique outgoing and lovable personality. Some dog lovers believe this is the ultimate king of the dog world, the smartest and most easy to train breed out there. They really are very easy to train – not only because they are so intelligent, but also because they seem to literally live to please their owner, so they are usually very happy to do whatever their owners ask them to. Labradors make for excellent service dogs: seeing-eye dogs, rescue dogs, police dogs, etc. They are commonly used as therapy dogs in hospitals and with various clubs for children and adults with physical and mental disabilities. 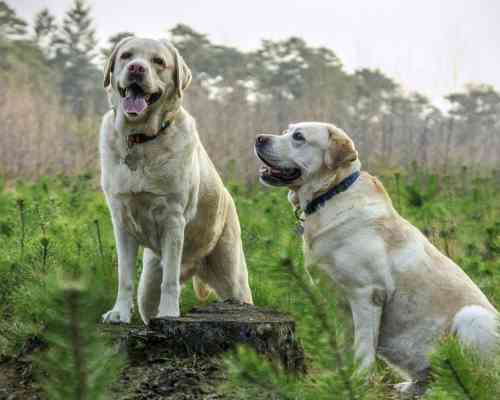 Labradors are world-known for their unique, outgoing and lovable personality

Labs are extremely friendly dogs. Aggression is virtually absent in labs. They are also quite sensitive and can react strongly to being punished. As much as a slightly raised voice can make a lab feel quite wounded, let alone a slap or any other physical punishment.

Labradors get very attached to their owners and their family and don’t deal well with being alone or abandoned. If they have to spend a lot of the day alone, a lab may become bored and destructive. They thrive with owners and families that have time for them. This is a very active, happy dog that needs lots of interaction with people and lots of playtime. They can be characterized as somewhat hyperactive, so they only suit families that are more on the active side. 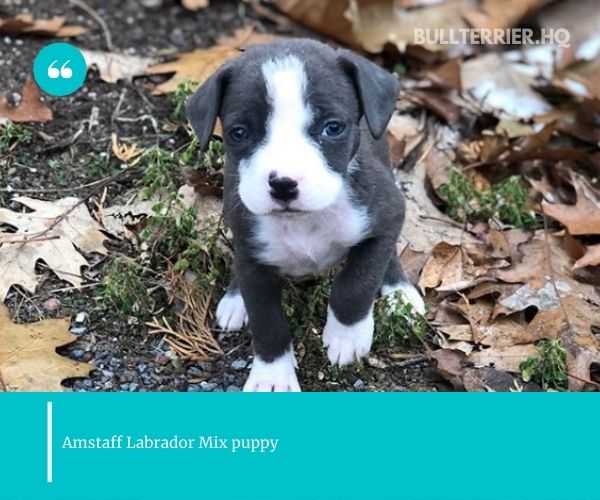 What about the other part of your American Staffordshire Terrier Lab Mix – the Amstaff? Amstaff is also known for their particular temperament, but they are significantly different from Labs. As opposed to Labs, Amstaffs are a far more “serious” breed. This is definitely not a dog that loves everyone, although Amstaffs are certainly very loving dogs. They tend to be very attached to their owners and to be polite with strangers, but they don’t necessarily “love” everyone they meet. This is just not in their nature. 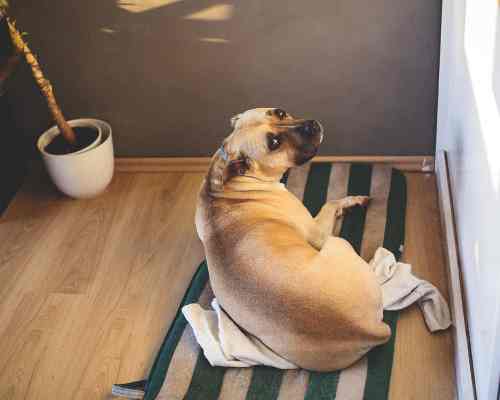 There is definitely a bit of a contradiction in Amstaff’s personality. They are extremely friendly and amicable with their families, but can definitely be reserved and even a little aloof with strangers. They are very smart and perceptive, but at the same time may seem somewhat “rough” to the people that don’t know the breed closely. They have heightened protective instincts and can harbor some dog aggression, but are hardly ever intrinsically aggressive towards people (unless they are not raised correctly, not socialized, etc).

This is not necessarily the best dog for a first-time dog owner. Amstaffs do need a confident owner that knows what they are doing. This is partly due to how stubborn these dogs tend to be. Stubbornness, which is mostly just the other side of confidence, is something that is pretty much genetic in this breed. Amstaff ancestors – bulldogs –  were bred to be stubborn and confident so they could be successful in the fighting pits.

Socialization is extremely important for Amstaffs. They need to be taught from a very young age to be friendly with people and especially other animals: dogs, cats and other pets. Training is also important with this breed. This is a strong, confident dog and training helps establish the right type of relationship between the owner (leader of the pack) and the dog (follower). A strong hierarchy is very important when raising an Amstaff. 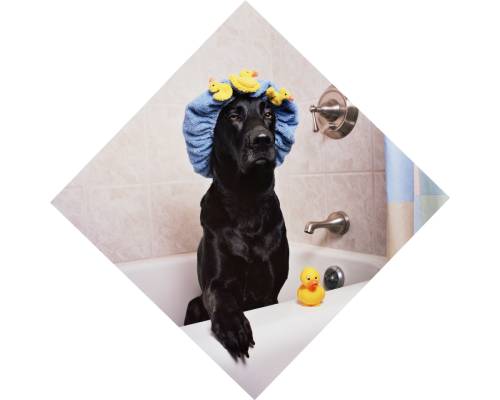 So what should you expect from the American Staffordshire Terrier Lab Mix in terms of personality?

Well, as with all crossbreeds, it’s somewhat hard to predict what traits the mix will inherit. It will likely depend on the character traits of the parents and also vary from litter to litter and puppy to puppy. However, in general, these are usually energetic, friendly and outgoing dogs. They are very loyal and deeply attached to their family.

These will definitely be higher energy dogs, requiring ample exercise on a daily basis. 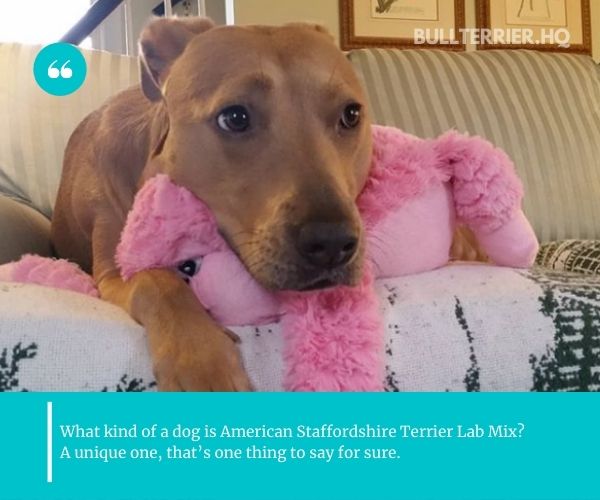 Taking their deep attachment to their people, inherited from the lab part of their parentage, Amstaff Lab mixes really thrive in families where they get lots and lots of attention and interaction. They will not do very well in a house where people don’t have time for them. Another reason why you shouldn’t be adopting an American Staffordshire Terrier Lab Mix if you aren’t ready to invest time and effort in your pup is proper training.

Amstaff heritage in this breed means that training is absolutely necessary so that you can raise your dog to be emotionally stable and well-behaved. If you are not ready to sacrifice time (and effort) for your pup, you may be better off with a less “demanding” breed – perhaps a purebred Lab instead of a mix?

If you are trying to see if this will be a good dog for you, it could be a good idea to spend some time around Amstaffs (and Labs, if you are not familiar with this breed.)This will give you a better idea of what you can expect from the Mix of these two breeds and if you are ready for this dog. 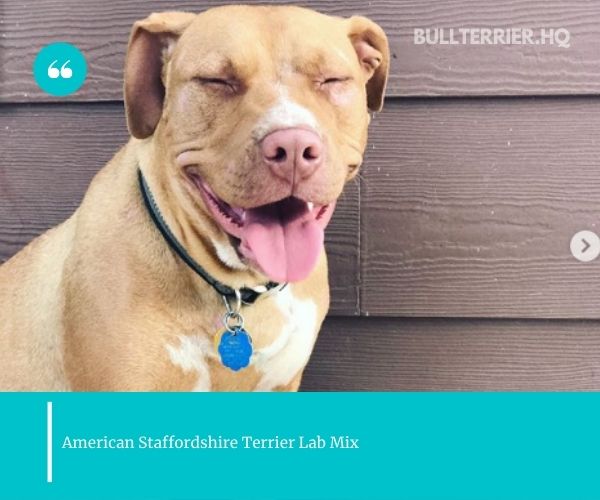